Communication de White ninja studio:
The month of December is coming to an end and it is the occasion to provide you with a new update to give you some essential information about the development progress of Irena Genesis Metal Fury. In the last few days we have been working mainly on the second part of level 4 called "Cyber City". 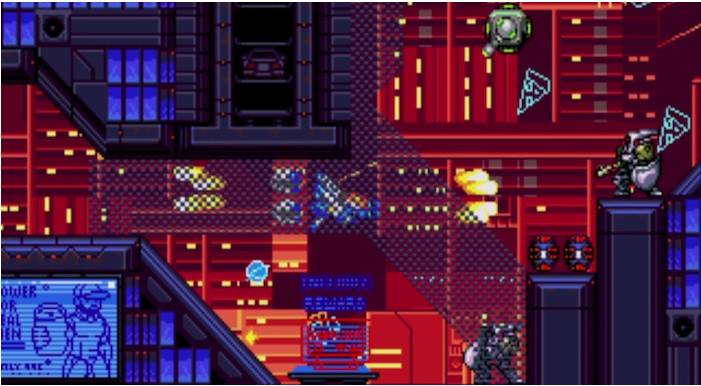 This second section appears right after a special stage where the player will have to face the boss in the middle of the level. You will have to fight your way through the buildings of Cyber City and fend off waves of enemies. We wanted to create a "neo-Tokyo" atmosphere with some original ideas, especially with the presence of a cyborg enemy equipped with a shield that can appear from the sky before landing on one of the platforms located on the map. You'll have to be very careful when progressing, as a turret positioned in the scenery can fire in six directions while aiming at the player.

This section differs from the other levels in that there are billboards with the image of "Shingo" to promote an energy drink for real guys! We've added a few barrels containing items to increase the firepower of Rayden's MG-323 and earn extra points. We've also placed an extra life to help you with your mission, can you find it?


We would like to point out that the first part of the level is finished, but there is still one more enemy to add. The middle boss that will take place in a special scene is currently in development, but we will tell you about it in a future update.

In parallel, we have been working on the different cutscenes of the game: the opening, interlude 1, interlude 2 and the end. We have chosen to propose cutscenes composed of different images of a size of 208 x 128 pixels accompanied by a text displayed on 4 lines. This is content that we do not want to show before the release of the game. However, we do want to show some screenshots that do not represent the final content that will be present in the cartridge. 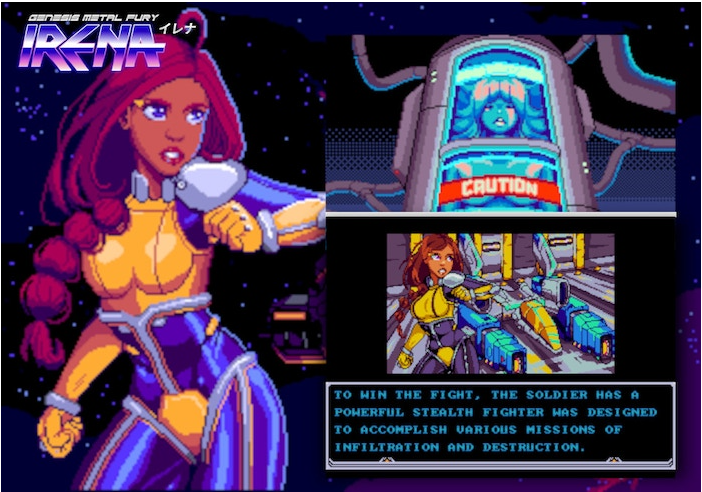 We have also been working on new enemies that will appear in the upcoming levels and a new game mode that will be introduced soon. At this stage of development, we have started to optimize the size of the ROM by removing unnecessary data and reducing the size of the sound resources. Various music tracks have been re-composed by SpaceCastle to better fit the universe of the levels and bring more dynamism to the action.

In the next few days, we will continue to work on the different bosses that make up the game with some improvements for the current bosses. We will also work on the level design of the different levels. We are on track to finish the development during the year 2023 and we thank you for your patience.

The entire White Ninja Studio team wishes you a happy holiday season and we look forward to seeing you in January 2023 for the next development update of Irena Genesis Metal Fury. 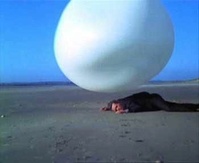